Two sisters, Anna and Melina spend the last days of the summer in their vacation house outside of Athens. Anna is having a party to celebrate her birthday and her passage to adulthood. Soon she will be off to college leaving her little sister behind. She has invited Maria, her crush, to spend the day with her by the pool and organise the party.
Melina obsessively loves and admires her older sister and wants badly to be part of her world. She is not invited to the party. But she sets her mind to it, making this night for her sister a bloody night to remember. 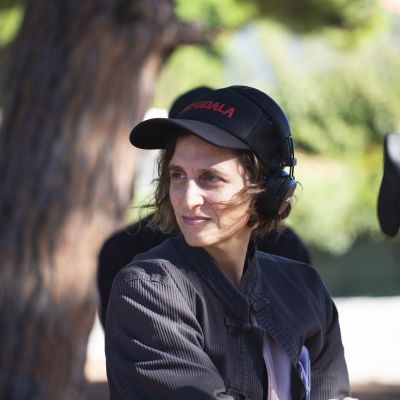 Maria Hatzakou is a film writer/director, producer, based in Athens, Greece. She was awarded a BA in Film and Video at the London College of Printing before going on to work extensively as a film programmer, at the Athens International Film Festival (2000-2004), and the Thessaloniki International Film Festival (co-coordinating the “Independence Days” section, 2005-2008). In 2007, she joined Haos Film — a pioneering filmmaker-run production and post-production studio based in Athens, founded by Greek director Athina Rachel Tsangari — as a producer. She has produced a number of projects. Athina Tsangari’s Attenberg, The Capsule, 24Frames per Century and “Chevalier”, Yorgos Lanthimos’ Alps (co-producer), and Georgis Grigorakis’ Digger. Her first short film as a writer/director titled AMYGDALA premiered at the 44th Drama Intl Film festival (September 2021) and won a Special Mention for best original Music Score (written by Marilena Orfanou). AMYGDALA is currently travelling to festivals worldwide. She is currently producing Alkis’ Papastathopoulos latest short film HONEYMOON editing her second short and is in development of her third short STARFLYER.
You have voted!
Stäng
Vote for:
stars
Vote
You have not rated!