An unusual everyday portrait: Ena comes from a stable background, Sale and his parents found themselves stranded here during the Yugoslav wars. Nikola Stojanović speaks pointedly, and with a great sensitivity for details, about the longing for a big party and the disenchantment that remains afterwards. And yet, in spite of everything, hearts remain open. In passing, everyday nationalist narratives found across the Balkans are satirised, as in the clear words between Ena's Serbian uncle and Sale from Bosnia: “People like you took my job” - “People like you killed my dad”. 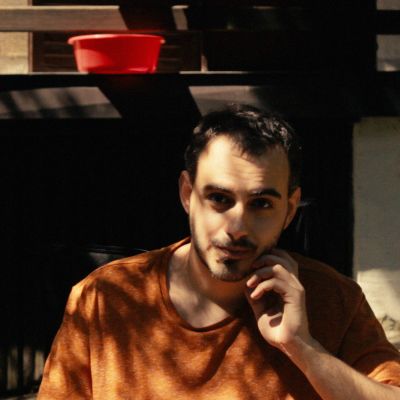 Nikola Stojanovic, 25 years old, studies Film and TV Directing at the Faculty of Dramatic Arts in Belgrade. He grew up in Zemun, training Parkour and filming, he got into film. His film "Dog Days of Summer" has been screened at over 40 Film Festivals and has won 10 prizes. It won Best National Short Film at the 66th Martovski FF, it was shown at festivals such as Motovun FF, Brest Short FF, Trieste FF and many more.. His film “Sherbet” won the Heart of Sarajevo for Best Student Film at the 25th Sarajevo Film Festival. He was part of Directors Summit of Berlinale Talents 2020 in Sarajevo. His documentary film “Cornelian Cherries” won the special jury prize at Beldocs Film Festival 2020. He has directed multiple music videos.
You have voted!
Stäng
Vote for:
stars
Vote
You have not rated!